What is the coronavirus? 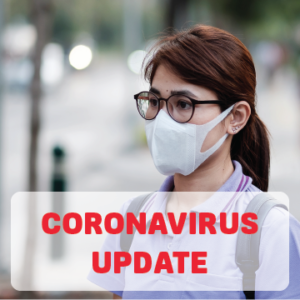 An outbreak of a new strain of the virus, originating in China is spreading and making its way into other countries including the United States. Hundreds of cases have resulted in 26 deaths. Here’s what we know so far.

The outbreak known as coronavirus is not a new disease. Common coronaviruses cause mild to moderate upper respiratory symptoms, including the common cold, although more severe types can cause pneumonia and death.

It gets its name from the crownlike spikes it has on its surface, simply put corona is Latin for a crown. Experts are referring to the virus as 2019-nCoV for now (short for 2019 novel coronavirus).

What are the symptoms?

Symptoms are dry cough, difficulty breathing, diarrhea, and body aches. Severe cases include symptoms like pneumonia, kidney failure, and even death according to the World Health Organization.

Where did it come from?

The bulk of the cases have been confined to China, cases have been also found in the United States, Hong Kong, Taiwan, Japan, South Korea, Thailand, and the Philippines. These viruses originate in animals before making the jump to humans. The first cases were traced to an animal market in the Chinese city of Wuhan.

What precautions can you take?

Make sure you are frequently washing your hands and not going to work if you start to show symptoms. This is a good practice, in general, to avoid spreading illnesses like the flu. In Northwest Missouri, your biggest concern is if you’ve done much traveling especially at an international airport like Kansas City’s MCI. But currently, there isn’t a global emergency concern.

Where can I get the latest information?

The CDC is maintaining a traveler’s health notice. The World Health Organization has a website for news and the China Center for Disease Control and Prevention has an epidemic tracker.