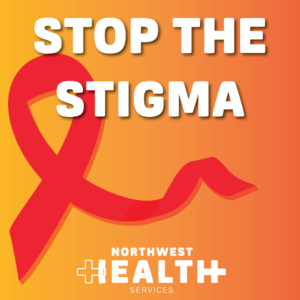 Stigma is defined as, “a mark of disgrace associated with a particular circumstance, quality, or persons.” HIV has many stigmas attached to it. It is our duty to stop the spread of negative HIV stigma and educate those about it. Just a few of the negative stigmas are, judging individuals about taking the necessary precautions to prevent the transmission of HIV. Another negative stigma is to think that one certain group or population of people can contract HIV. Anyone is able to contract HIV no matter who they are. Finally, believing that certain people deserve to contract HIV because of their choices. This list could go on and on but these are just a few negative stigmas that are related to HIV. HIV stigma goes back over 40 years ago.

That being said, back in the 1980s is when the negative stigmas of HIV began. There were many misconceptions about how HIV was transmitted. During those times there was less information and awareness. People were afraid of contracting the virus because of the lack of knowledge they had about the virus. With that, people began to judge certain groups of people because they believed only certain groups could get HIV but we know this is not the case.

Many years have passed and people are becoming more and more educated about HIV. With more educating and knowledge, there will be less negative stigma towards HIV. HIV does not know gender, race or ethnicity. Here at Northwest Health Services, we believe everyone should know their HIV status, that is why we offer free HIV screenings at all of our locations.

If you have questions or if you are interested in free HIV screening, please contact Northwest Health Services’ Janet Miller, HIV Prevention Specialist @ 816-901-1034.