Long ago when I was just a little boy I learned quickly that the obituaries were filled with reports of young 50 year old men who died. Most of them were dying of heart disease.

A few years later quite by accident a night nurse was frustrated by these new heart monitors that would seemingly go off all over the ward and when the nurse became frustrated and tired of running all over the ward, she moved all the patients on the monitors to the same room. She had inadvertently created the first Intensive Care unit. Now all patients with heart concerns could be watched for results that would occur in that group of people. The death rate dropped a little bit.

Years later, when I was a young resident in family medicine, I was rounding with the cardiac resident. This person had finished his residency and was busy trying to train as a Cardiologist. He had the wild idea that this new procedure “cardiac catheterization” should occur while he heart patient was having the heart attack.

At the time the idea was foreign to me because it flew in the face of the then popular edict that you could not operate on a patient for at least three to six months after a cardiac event. Yet this cardiac fellow was determined to do a heart catheterization while the patient was in trouble. He envisioned a world where that very cardiac catheter line could also be used to open up bad blood vessels in the heart with a balloon.

This ultimately happened and for the first time ever, Heart attacks would be stopped before they caused damage. A lot has happened since then to include stents that kept the badly narrowed arteries opened. When some of those had problems Drug Eluding stents were inserted to prevent blocking of the stent and special drugs were developed to keep the platelets from clogging the stent.

Today we have exciting new drugs to help failing hearts and special procedures that help. Yet Heart disease continues to be the Nation’s leading cause of death.

With all of this we have the opportunity to decrease these death rates more by early intervention and instructing people to be aware of what to do as they begin to have heart problems early and ways of avoiding heart disease by recognizing their potential for heart disease such as those who have a family history of heart disease and stop risk factors like obesity and tobacco use.

So this is the month to ask your doctor, make sure you take your medications right and learn preventative measures to keep your heart disease free.

Have a good day! 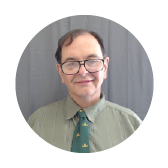